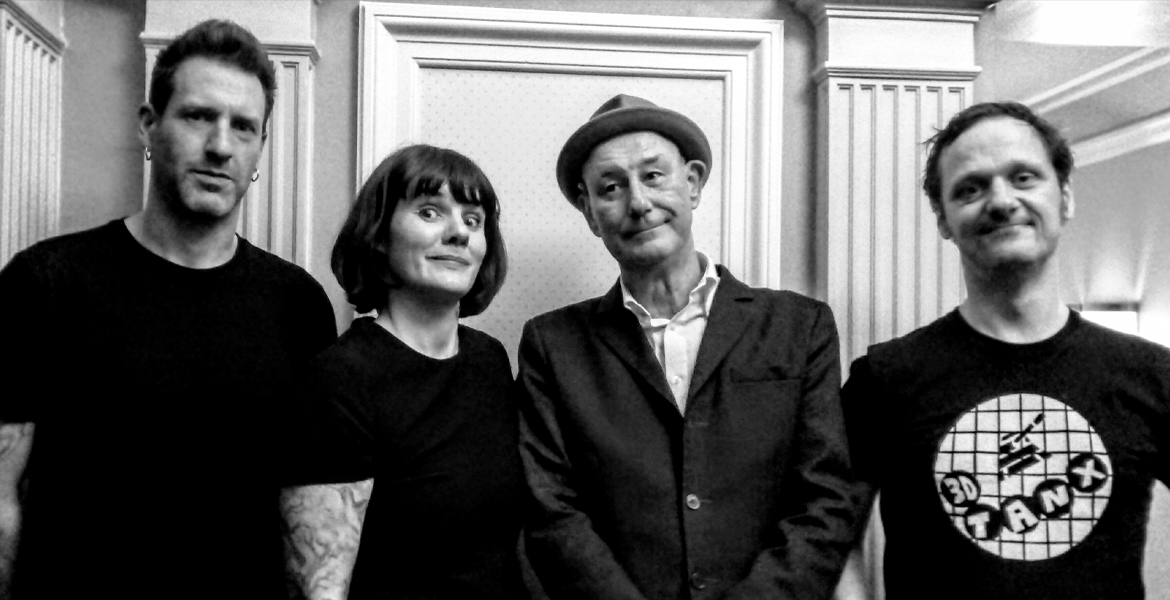 Steve Ignorant – Full band performing CRASS songs. Once more Steve will go on tour to perform CRASS songs 1977-1984 and Ignorant Classics with his band: Carol Hodge (vocals & keys), Pete Wilson (lead guitar), Pete Rawlinson (bass guitar) and Jay Bagnall (drums). Steve Ignorantis a singer/songwriter and artist. He co-founded the anarcho-punk band CRASS with Penny Rimbaud in 1977. When CRASS finished he played in various bands and is currently performing with his own band Steve Ignorant’s Slice Of Life. After the huge success of performing CRASS songs & Anarcho Classics at The Last Supper Tour in 2010-11 and high profile gigs with Paranoid Visions (Rockfest, Quebec 2016; Rebellion Fest, UK 2017; Japan 2018; Punk Rock Bowling, USA 2018; Montreal ’77, Canada 2018), Steve will once more go on a World Tour. The political and lyrical ideas of CRASS are even more relevant today as they were then and will be performed with the same intensity of those days. All shows will have visuals (where venues have the facilities) and samples. The entire CRASS Catalogue has been remastered and reissued through One Little Indian this April, which has intensified the interest in CRASS and what it stands for. Steve will be starting his Tour in April/May 2020 in the UK & IRELAND and will then take it to the Continent and the rest of the world. Steve Ignorant will be performing CRASS songs 1977-1984 with some Ignorant Classics with his band: Carol Hodge(vocals and keys) & Pete Wilson(Lead guitar) both played at The Last Supper Tour. Pete Rawlinson(Bass guitar), who together with Steve & Carol & Pete W are the Steve Ignorant’s Slice Of Life band. Jay Bagnall(Drums), drummer of Paranoid Visions,who played with Steve when performing the CRASS songs & Anarcho Classics.