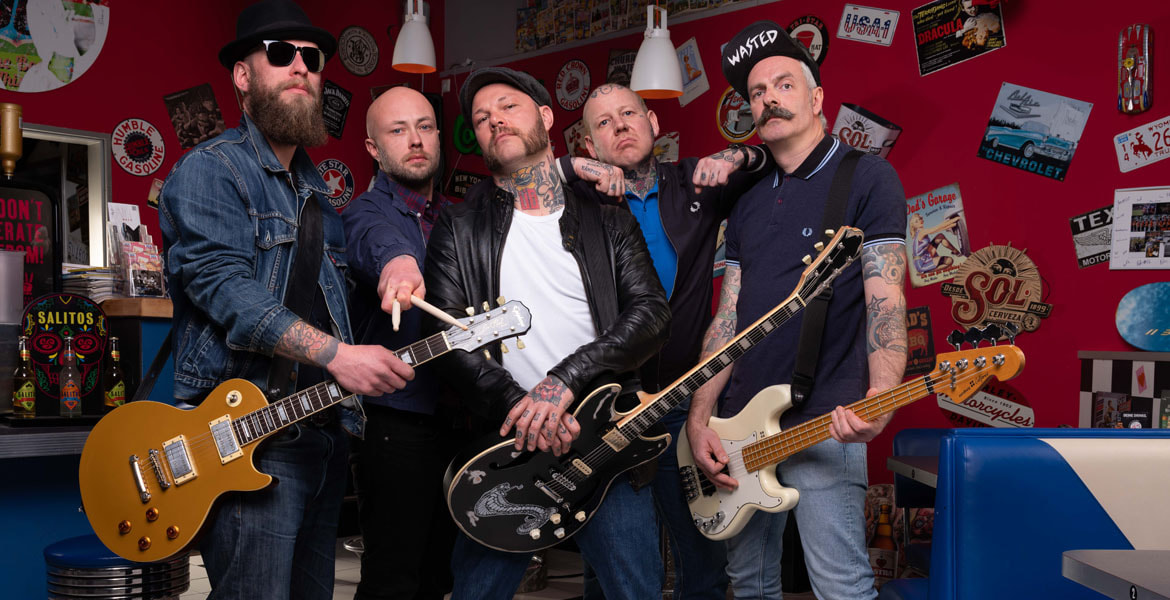 When Covid-19 hits the world and all the gigs got cancelled longtime friends Sebastian Walkenhorst and Silvio Schlesier decided to start a new band. They build an own recoding studio in their practise room and after the craftwork was finished and the technical installalations where done, it was the time to write the first record of PLIZZKEN. An overwhelming wave of inspiration pushed them both to work hard, with energy and a lof of fun on thier first full lenght record „..and their paradise is full of snakes“.

Singer Sebastian Walkenhorst in his own words:
That was the first time since I´m a little punk kid that everything that came on my mind during the songwriting, was transformed 100% into music. To write with Silvio is such an easy thing. Nearly no conversation was necessary after we had the instruments in our hands. We both are huge music fanatics and we listened together to so much records during the writing. You know, sitting in front of the recordplayer and spinning the classics. Just to get a great feeling for our own sound and the face of the music. We want to play energic Rock`n`Roll, with today`s face. No old school sounds or retro production. Authentic in the present like we live.

I always wanted to write English songs and after we started the songwriting I already had a sentence on my mind. So the first line ever written on this record was “go all the way” from the title track “ .. and their paradise is full of snakes”.

You know, when you have an idea or vision and even people close to you talk it down. Not even by purpose, just they can`t or don`t share your thoughts. But by yourself you know it was the best idea you had since ages. Instinctively I followed this idea.

I had to go back at the beginning. For ages I was just writing german lyrics, only a few in English for myself. Never recorded neither released ideas. So I started again learning. How to rhyme in English, the phrasings, the way words bring it to the point etc. etc. So I brought back the records I grew up on from my Mom. She was a teenager in the sixties and in my childhood she played music the whole day. Bands like The Who, Small Faces, Beatles, Beach Boys, early David Bowie, Sweet. And I added my music socialization with all the early punk stuff like Sham, Clash, Pistols, Misfits, 7 Seconds, Billy Idol and all that stuff. That wasn`t easy, but a lot of fun. I dropped out school early and learned English mostly from travels and touring in other countries, I felt like a little kid in school again. But when I found my way of writing it was the same natural flow as it would be in my native language. English is the language where you can reach people all over the globe. I love that idea.

PLIZZKEN will be a live band and we wanna bring the energy and power on very stage everywhere people wanna see us. That`s the goal and the direction of the band.