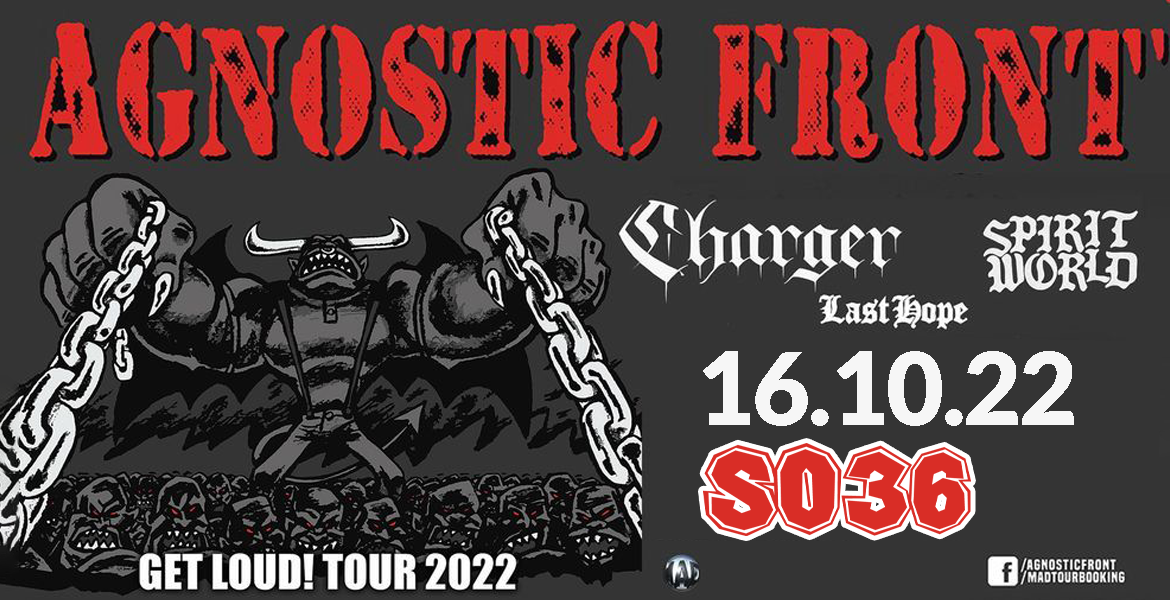 Being known as one of the founding bands of what is known as Hardcore today, AGNOSTIC FRONT have always leveled criticism against modern oppressors and their corrupting influence on society.
What started out as a foursome initiated by guitarist Vinnie Stigma in 1983 with the groundbreaking EP “United Blood”, soon acquired renown as one of the fastest, meanest and most aggressive Hardcore bands , not only of New York but the whole east coast. Influenced by the spirit of Punk, AGNOSTIC FRONT developed their unique sound dominated by catchy tunes, thunderous drums and the buck-wild shouting of Roger Miret.