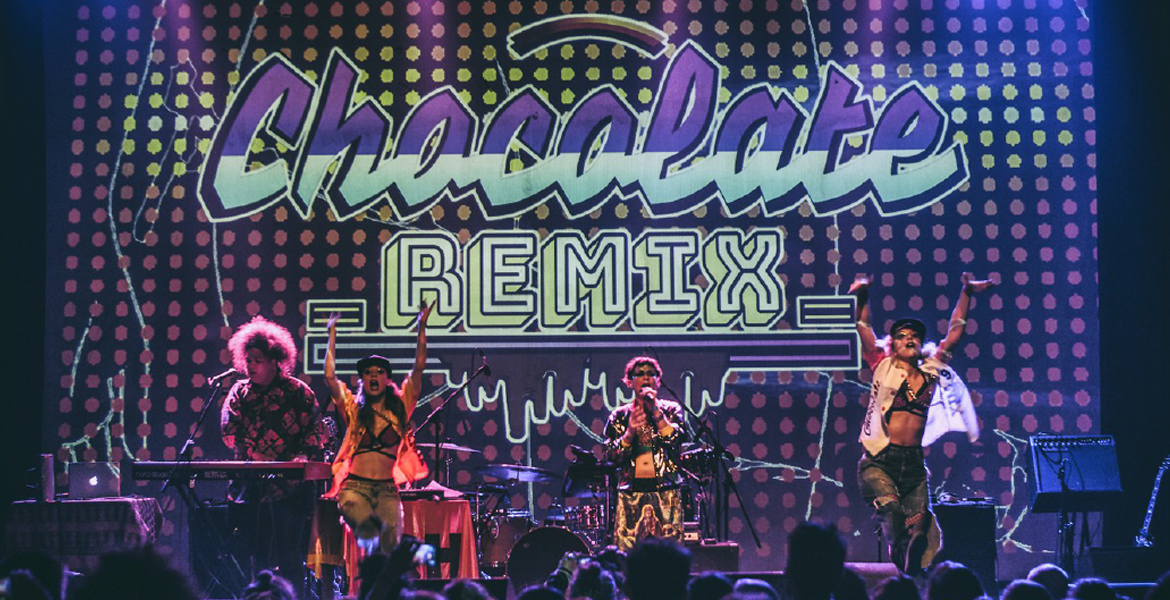 Chocolate Remix is the reggaeton and urban music solo project of rapper, singer, producer and DJ Romina Bernardo. It was founded in 2013 with the purpose of claiming a right to a historically sexist music genre from a queer and feminist perspective. The project takes advantage of the strong sexual content of this style and recreates it by addressing taboo subjects such as female pleasure and sexuality. It also denounces some of problems the LGBTTIQ community frequently faces, such as discrimination, censorship and violence. With eloquent and sharp lyrics that make use of satire and humor, the rapper dives into different styles of reggaeton —from classic and old school to mixes with cumbia, funk carioca, dembow, reggae, electronic music and other genres— to convey a message of strong political and social content. The result is music that invites us at once to dance and think.

Chocolate Remix has established herself as a referent of the genre in Argentina and Latin America with the album “Sátira” and the videos “Como me gusta a mí”, “Ni una menos” and “Zoom”. She has toured Europe six times and performed concerts in Mexico, Chile, Colombia and the United States. After the release of her latest single “Te dije que no”, she announced the cancellation of Chocolate's seventh European summer tour this year due to the Covid-19 pandemic and she is still waiting to announce the release date of her new record material.

"Jackie Jackpot the founder and organizer of the annual festival 'Jenseits von Nelken und Pralinen' and one third of the party assault team "Pssst!" and „Einteiler" is a ticking time bomb of good vibes, ready to explode on any given floor".