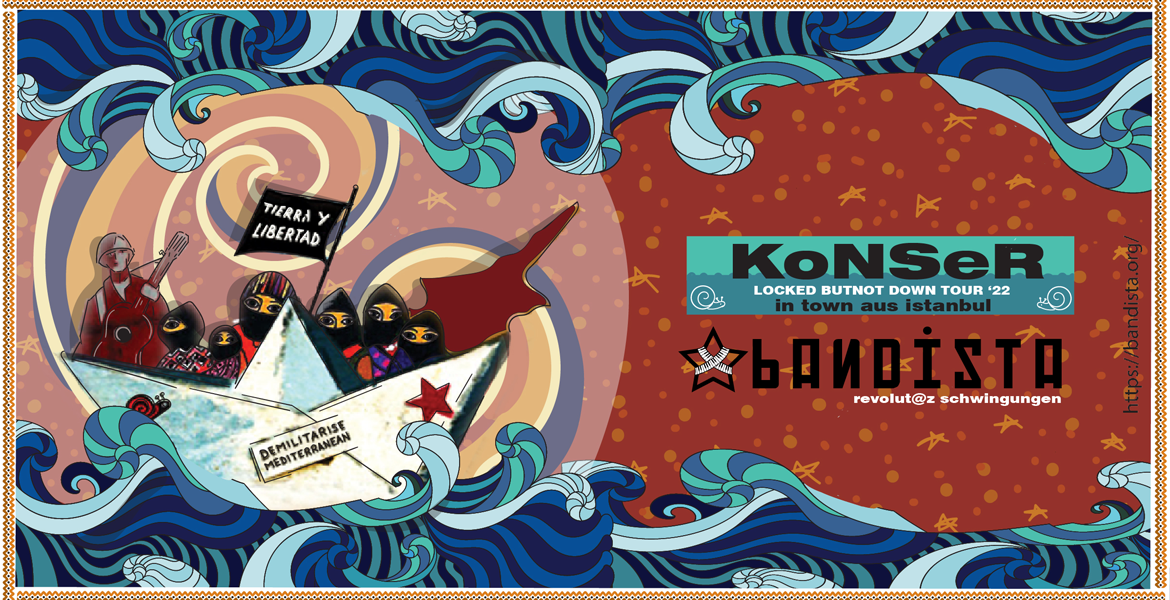 Bandista is a music collective established in May 2006 in Istanbul, Turkey. Bandista has its roots in the cultural diversity of Anatolia; though the band's presence clearly declares its internationalist approach. The sound of Bandista varies from Django to Reggae, from Bratsch to Ska, Dub and Afro-Beat. The basic formula of the band is to deconstruct whatever sound, text and image possible in favour of a border and class free world. Every Bandista performance is a situationist experiment of rage and rapture. Bandista has performed in several festivals, demonstrations and venues in Turkey and abroad. Bandista distributes it's music on copyleft bases. One can download all releases of Bandista from the band's home page bandista.org
The 2022 European tour of Bandista is called "LOCKED BUTNOT DOWN TOUR 2022" following the footprints of the Zapatista visit to Europe in 2021 the tour will celebrate the new recordings called "demilitarize Mediterranean" which will be released in 1st of May 2022.